Hang Gliding and Paragliding are self-regulated sports in Canada, USA and many other countries with very few (but not zero) laws regulating activities. Self-regulation does not mean “no regulation”. In Canada, the Hang Gliding and Paragliding Association of Canada administers pilot ratings, certifies instructors and provides third-party liability insurance to its members.

What is a Hang Glider? 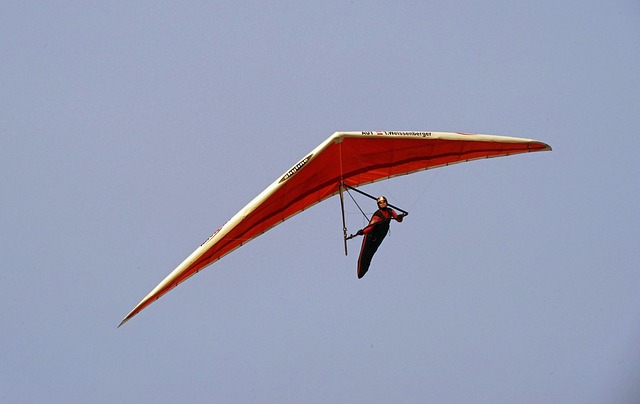 A Hang Glider is a tubular aluminum frame supporting a flexible fabric “sail”.

The pilot wears a “harness” which connects to the glider with a very strong “hang-strap”. Harnesses allow the pilot to fly face-down comfortably and zip up to fully enclose the lower body for aerodynamic efficiency, and unzip to allow the pilot to pitch upright and take off and land on their feet.

Hang gliders fold down into a long cylinder shape for transportation, approximately 12” in diameter and 16-20’ feet in length (roof racks are required). With a little extra effort, hang gliders can also be short-packed to as little as 8’ in length and can be transported as checked luggage on many airlines.

What is a Paraglider? 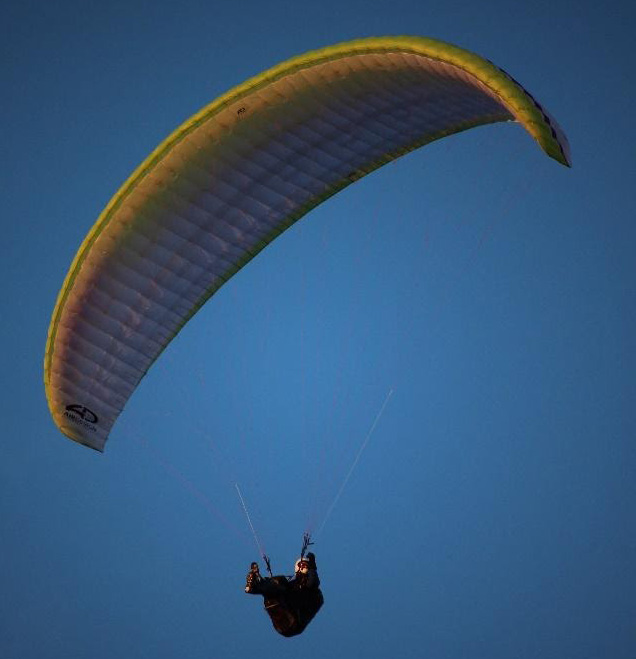 A Paraglider is a flexible fabric “canopy” that is inflated by air forced into openings on the leading edge and is connected to the pilot by “risers” and “lines”. While paragliders may appear similar to parachutes, they are actually very capable soaring aircraft.

The pilot wears a “harness” which connects to the glider “risers” with two strong carabiners. The harness allows the pilot to sit comfortably with legs and feet raised forward and fully enclosed for aerodynamic efficiency, and tip into an upright position with the legs and feet extended for take-off and landing.

Paragliders pack up into an oversized backpack, in most cases the harness doubles as the backpack. Paragliders are very transportable and can by carried on foot, public transport and as regular checked luggage on airlines. 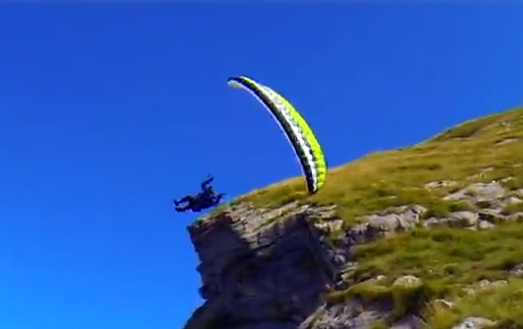 While appearing very similar to paragliders, speed-wings are much smaller, faster and require superior pilots skills due to their increased maneuverability. Speed flying is an emerging sport but is generally understood to refer to foot launched speed wing flying in close proximity to the ground following natural contours, ski runs and other ground features in a continuous descent from launch to the bottom of the mountain. It should be obvious that the requirement for excellent pilot skills and judgement is especially significant when these wings are flown near the ground due to the small margin for error and the consequences of striking the ground at high speed. Speed riding is a hybrid of skiing and speed flying.

HPAC does not currently have a pilot training program or pilot ratings for proximity flying or speed riding and does not certify instructors to teach these disciplines.

What is not a Hang Glider or Paraglider?

It is important to differentiate between Hang Gliders, Paragliders and other similar looking aircraft as they are regulated differently. 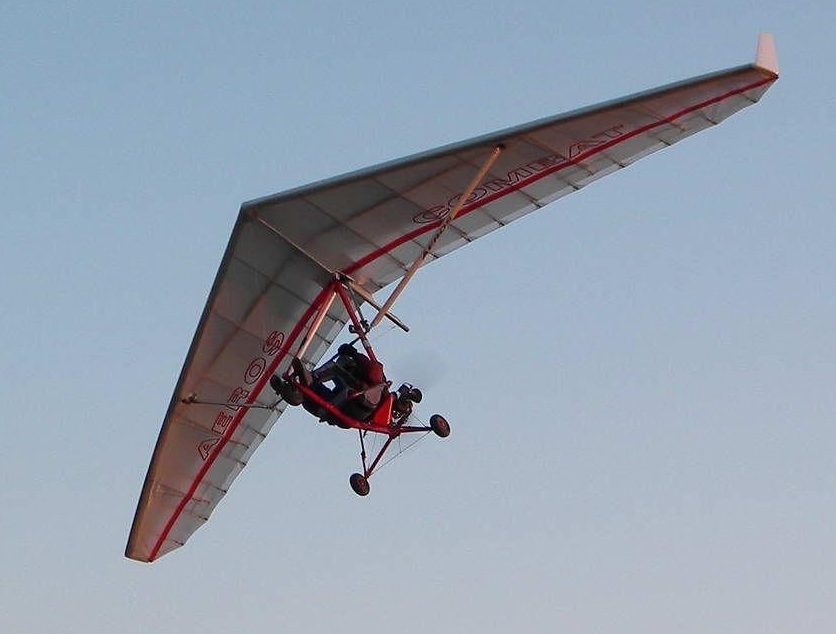 A Trike is a powered aircraft with a wing that looks similar to a hang gliderattached to a three-wheeled “buggy” or “chariot” that has seating for a pilot (and sometimes a passenger) and an engine with a pusher propeller at the rear. To blur the lines further, In some cases the wing actually is a hang glider wing attached to the motorized buggy. 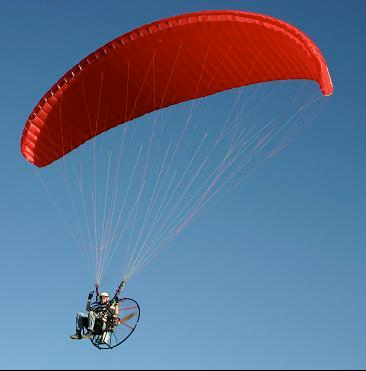 A Paramotor or Powered Paraglider (PPG) is a powered aircraft with a wing that appears quite similar to a paraglider, but the pilot wears a “backpack” with an engine and pusher propeller. PPGs may also be more complex with a wheeled buggy and seats for a pilot and sometimes a passenger.